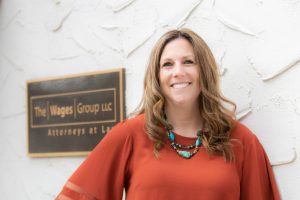 Amanda joined The Wages Group, LLC in 2019. She earned her Administration of Justice degree from the University of Wyoming in 1998 and her juris doctor with honor in 2005 from the University of Wyoming College of Law.  After obtaining her law degree, Amanda worked as a staff attorney for Justice E. James Burke of the Wyoming Supreme Court.  She joined the firm of Lonabaugh & Riggs, LLP in Sheridan, Wyoming, in 2007 and became a partner in 2012.  Amanda left the firm in 2018 to return to the Wyoming Supreme Court where she was a staff attorney for Justice Lynne Boomgaarden.  At The Wages Group, LLC, Amanda’s areas of practice include civil litigation, appeals, administrative proceedings, property law, oil and gas, estate and business planning, contracts, and domestic relations. She is admitted to practice in Wyoming and Montana.